What If Hurricane Erin Had Hit the East Coast on 9/11?

Visible satellite image of Hurricane Erin off the East Coast and a zoomed inset of smoke pouring from the Twin Towers in New York City on Sept. 11, 2001.

On Sept. 11, 2001, as terrorist attacks were unfolding in New York City, the Pentagon and near Shanksville, Pennsylvania, a hurricane was hovering off the Northeast seaboard.

In one of the most chilling weather images ever taken, both Hurricane Erin, about 500 miles east-southeast of New York, and the smoke plume from the World Trade Center Twin Towers about two hours after the first tower was hit was captured in a NASA satellite image.

The previous morning, a cold front swept through the East Coast with rain and thunderstorms. Crystal clear, cool weather followed on the morning of Tuesday, Sept. 11, accompanied by light northwest winds. 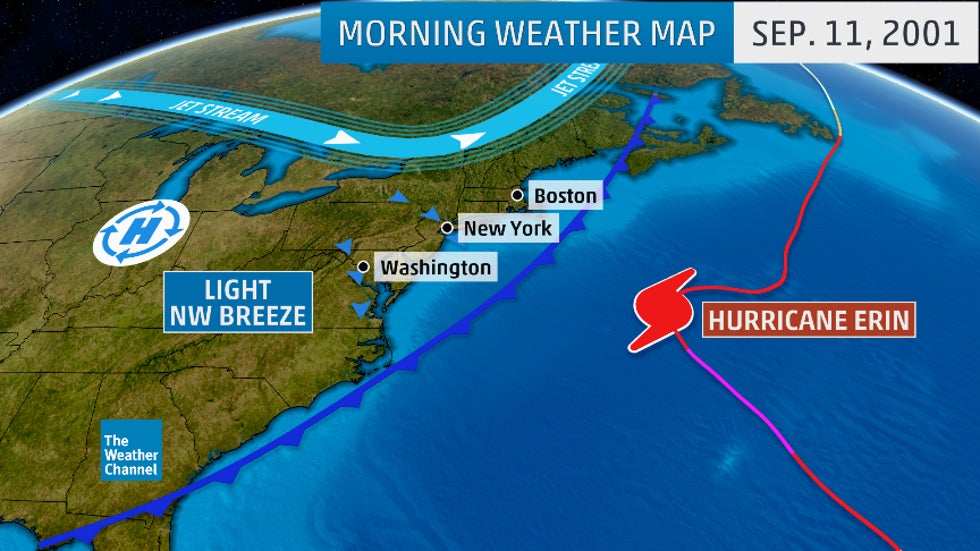 Those specializing in alternative history can speculate how world events would have turned out differently if Hurricane Erin would've threatened the Northeast in September 2001.

According to NOAA's Historical Hurricane Tracks, there have been nine tropical storms and two hurricanes that have tracked within 65 nautical miles of New York City in September in records dating to the Civil War.

This included Hurricane Gloria in late September 1985 and an unnamed hurricane in early September 1934.

In the years after the Sept. 11 attacks, several hurricanes have reached the Northeast, some in September: 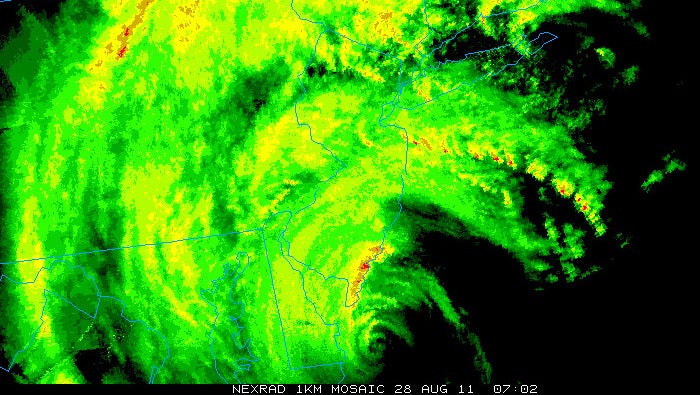 As we saw with Sandy, all you need is a strong enough area of high pressure aloft in the western Atlantic Ocean to steer the hurricane into the East Coast, rather than allowing it to "recurve" safely out to sea.

In a strange coincidence, almost exactly 10 years after the attacks, Hurricane Katia was spinning in almost the same location on Sept. 9, 2011. As with Erin, Hurricane Katia made a hard-right turn before reaching the East Coast.

Two of the four hijacked planes on Sept. 11, 2001, took off from Boston's Logan Airport, and one each took off from Newark Liberty and Dulles Airports.

It's fair to assume that a significant number of flights to and from the major Northeast hubs would've been cancelled if Hurricane Erin had threatened the East Coast in September 2001.

Some of those airports may have even been forced to close for awhile.

Whether a Hurricane Erin East Coast track would've thwarted the hijackers' plans to carry out the worst terrorist attack on U.S. soil will likely never be known.

Jonathan Erdman is a senior meteorologist at weather.com and has been an incurable weather geek since a tornado narrowly missed his childhood home in Wisconsin at age 7.