Two Tornado Warnings Were Issued in Hawaii Tuesday; None Had Been Issued Since 2008 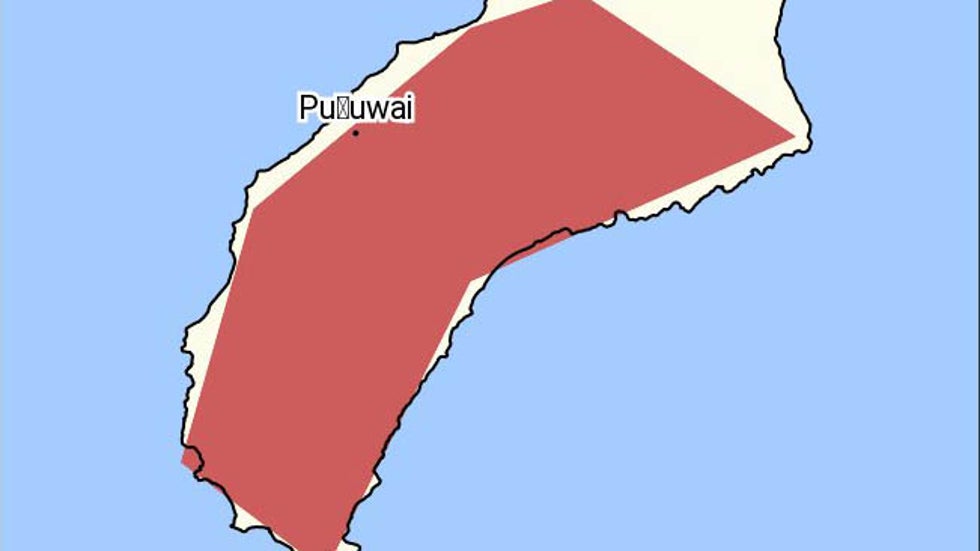 The first warning was issued for the island of Niihau In Kauai County at 1:22 a.m. HST, when National Weather Service Doppler radar detected strong rotation just southeast of the island. Niihau is the westernmost island in the chain but had a population of only 170 residents as of the 2010 census.

The second tornado warning was issued for the island of Kauai in Kauai County at 5:49 a.m. HST, when an intense area of rotation moved onshore. Kauai is the northwesternmost populated island of Hawaii, with a population of 67,091 residents as of the 2010 census.

Tuesday's tornado warnings were rare. Only two other such warnings have been issued in the Hawaiian island chain, according to data dating back to 1986 from the Iowa Environmental Mesonet at Iowa State University.

The National Weather Service office in Honolulu, Hawaii, is responsible for forecasts across the entire chain of islands. It did not receive any reports of damage or tornadoes touching down Tuesday morning.

The last confirmed tornado in Hawaii was an EF0 landspout on Oahu April 23, 2015, which formed on the leeward side of that island's mountains, according to NOAA's Storm Events Database.

Prior to that, an EF0 tornado struck Oahu March 9, 2012. The twister was spawned by the same supercell thunderstorm that dropped Hawaii's largest hailstone on record, measuring 4.25 inches in length, roughly comparable to the diameter of a softball. This shattered the previous state record 1-inch-diameter hailstone, roughly the size of a quarter. 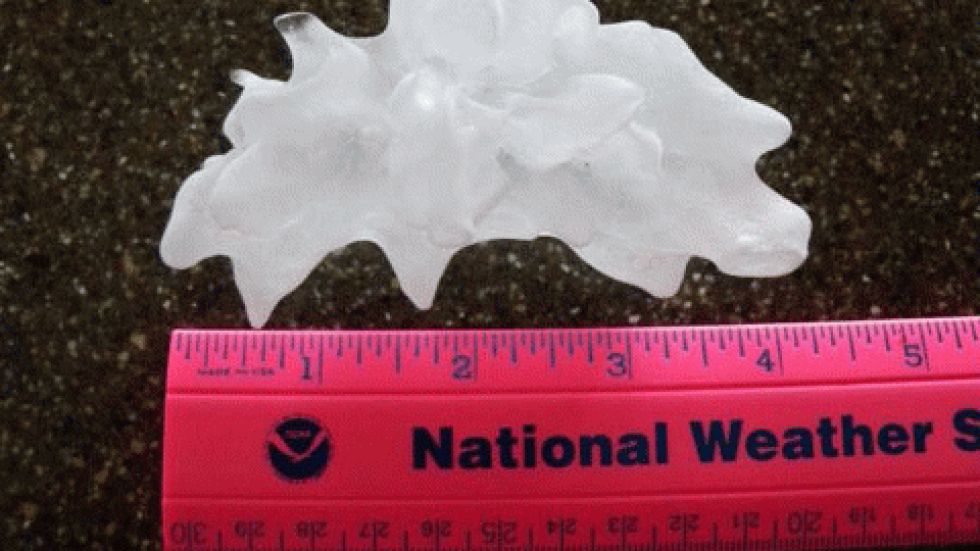 The hailstone pictured above measured 4.25 inches in length. It was produced by a supercell thunderstorm on the island of Oahu, Hawaii, March 9, 2012, and is the largest hailstone on record in the Aloha State.
(National Weather Service/Honolulu, Hawaii)

A large "Kona storm" to the west of the Hawaiian Islands is to blame for the rotating thunderstorms early Tuesday. Kona storms are subtropical cyclones that occur during the cool season in the north-central Pacific Ocean. Kona is a Hawaiian word meaning leeward and is used to describe southerly winds that replace the typical northeasterly to east-northeasterly trade winds.

The Western Regional Climate Center's Climate of Hawaii says thunderstorms are reported somewhere in Hawaii about 20 to 30 days each year. It goes on to say thunderstorms there are "infrequent enough so that many people who have lived only in Hawaii have no real notion of the violence of mainland thunderstorms."