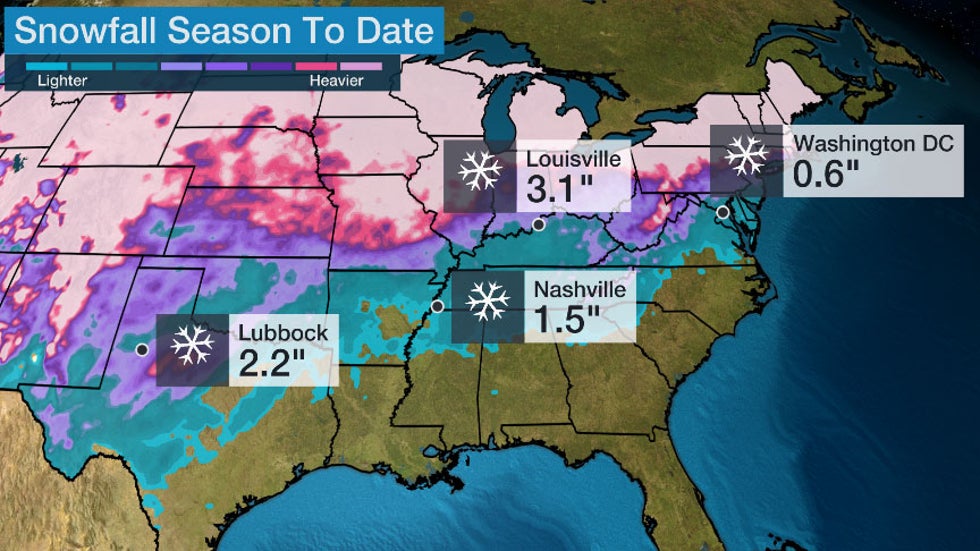 Portions of the South have measured more snow than many locations in the mid-Atlantic and near the Northeast coast so far this season, and conditions are not expected to be favorable for much snow heading into late February.

The weather pattern this winter has not been conducive for big Northeast snowstorms. Low pressure systems have either moved too quickly out into the Atlantic without strengthening close to the East Coast or they have taken a more inland track, leaving much of the East to see rain instead of snow.

In addition, a supply of cold air has often not been in place, as temperatures have generally been above average throughout the East this winter.

Washington, D.C., has picked up only 0.6 inches so far and if no additional snow falls this season, it would be the least snowiest on record. The current record is 0.7 inches set in the 1949-50 season.

Another city that has also tallied 0.6 inches of snowfall so far this season is Memphis, Tennessee, which normally averages 3.8 inches of snow each season. 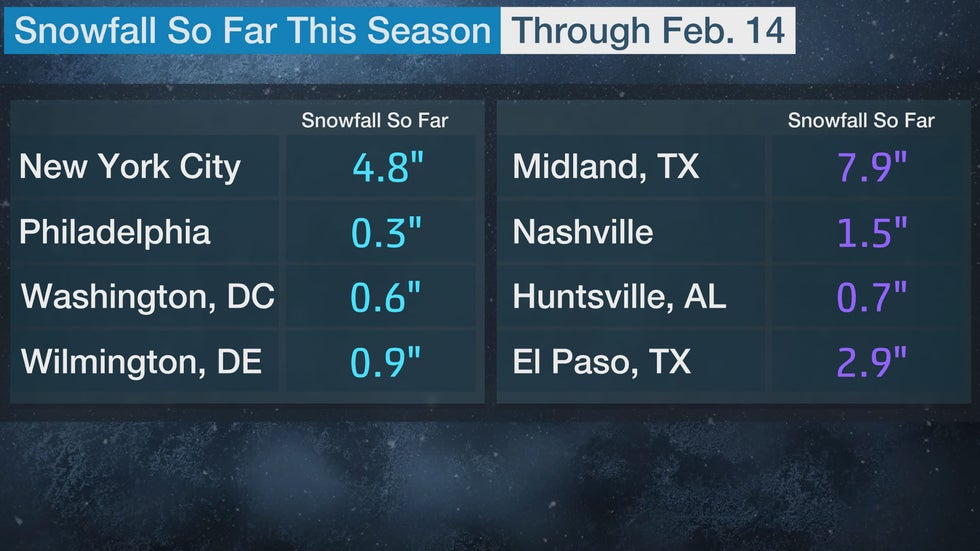 Philadelphia has not even received half an inch of snow this season and as meteorologist Tomer Burg pointed out, most locations across the contiguous U.S. have seen more snow than Philadelphia this winter.

Snowfall deficits continue to add up across much of the interior Northeast and New England, even though they have seen more snow than the coastal cities. Boston has recorded about 15 inches of snow this season, which is about a foot below average season to date.

Many spots in the South that have seen snow have also experienced less snow than average. Oklahoma City has picked up 4.7 inches this season, but the average to date is 6.2 inches.

One exception is Midland, Texas, which has totaled 7.9 inches so far and their average for the whole season is 4.8 inches.

(MORE: Snow Season Is Getting Shorter Across Most of the U.S.

A strong snowstorm or a notable pattern change would be needed to make up for the large snowfall deficits seen in many areas of the East.

Neither a powerful nor'easter nor a prolonged shift in the pattern are currently expected heading into the end of February.

Our snowfall outlook from Feb. 15 through Feb. 23 does not look promising for any snow along the Interstate 95 corridor from Boston southward. 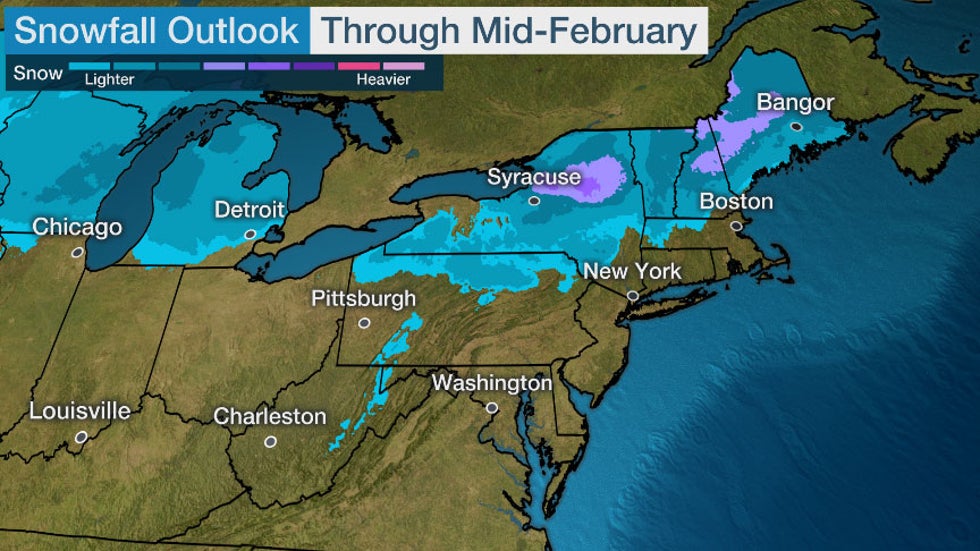 After another brief cold blast next week, temperatures will likely return to above average across the Midwest and Northeast for the last week of February, according to the latest outlook from NOAA's Climate Prediction Center. This increases the likelihood that any precipitation that falls will be in the form of rain, especially toward the coast and in the mid-Atlantic.

March can still bring snowstorms but indications so far are for a warmer than average start to spring.