A tropical disturbance in the central Atlantic Ocean bears watching for possible development into a tropical depression or tropical storm this week.

The area of disturbed weather has been dubbed Invest 97L and is located more than 1,000 miles east of the Lesser Antilles. "Invest" is a naming convention used by meteorologists to identify areas that are being monitored for possible tropical development.

Gradual development of this system is expected, and a tropical depression is likely to form during the next day or so as it tracks west-northwestward across the tropical Atlantic. The National Hurricane Center has given this system a high chance of development within the next two days.

Beyond that, it's far too soon to determine if this system will eventually become a threat to the mainland United States or Bermuda.

We're now in the peak of hurricane season, so every disturbance in the tropics must be monitored closely for development. 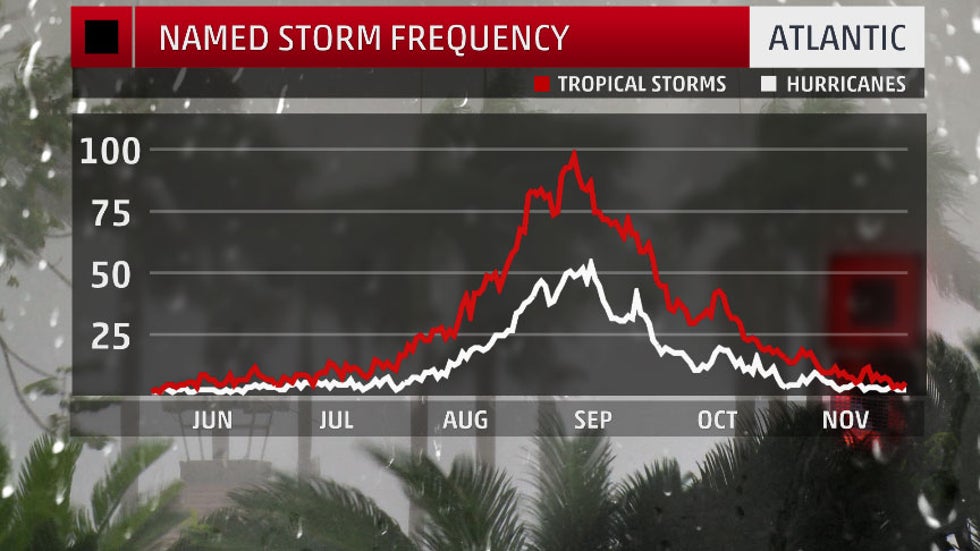