In the Bahamas, Official Hurricane Dorian Death Toll Rises to 45, But Newspaper Says It's in the Thousands

The official death toll in the Bahamas from Hurricane Dorian is 45, but a newspaper in the islands claims the actual number of people killed in the storm is in the thousands.

A statement from the Royal Bahamas Police Force said 45 bodies have been recovered, 37 in Abaco Island and eight in Grand Bahama Island.

On Monday, the Bahamas Press reported that observers on those two hardest hit islands say more than 3,000 people could have died in the hurricane.

"The numbers are 'staggering' just as the Minister of Health Dr. Duane Sands suggested last week. The government though continues to confirm the number to be a mere 43 confirmed victims in one of the deadliest disasters on record in the Bahamas. That number is far much higher," according to the newspaper, which is an outspoken critic of Prime Minister Hubert Minnis and his government.

(MORE: How to Help Hurricane Dorian Survivors in the Bahamas

Bahamian officials have warned that the number of deaths is likely to rise as security forces and other teams search devastated areas of the northern Bahamas.

"The public needs to prepare for unimaginable information about the death toll and the human suffering," Sands told local radio.

Reports from survivors also point to a much higher death toll.

In the poor towns of Mudd and Pigeon Peas in Marsh Harbour, home to Haitian laborers, the New York Times counted six bodies in 45 minutes on Sunday. The corpses were pinned under debris. Several men accompanying the Times reporter said they had not seen government teams in the area recovering bodies.

Additional morticians, body bags and refrigerated coolers to store bodies were being delivered to Abaco and other affected areas, Sands told Guardian Radio 96.9 FM. The Bahamas Press reported that hundreds of body bags had been ordered.

Joy Jibrilu, director general of the Bahamas' tourism and aviation ministry, told CNN that volunteers with cadaver dogs also have arrived to help with the recovery process. She said they have equipment that will help provide an accurate number of the dead.

Jibrilu said the first priority, however, remains rescuing and evacuating the living.

Rescues and Desperate Efforts to Escape

Hundreds of other residents desperate to escape the devastation left by Dorian lined up at airports and ports hoping for a way off the hardest hit islands.

On Abaco Island, some people spent days at the Treasure Cay airport waiting to get a flight.

Matthew Taylor, a resident of Dundas Town, told the Nassau Guardian on Saturday that he had been there since Thursday.

“It’s not been a good experience because it’s not organized,” he said, explaining that it was impossible to remain in his wrecked hometown.

“It’s unlivable. After the water is gone, what do you do? You know, you have bodies contaminating the water and stuff like that, so the water is undrinkable. That’s where the panic is now,” Taylor said. 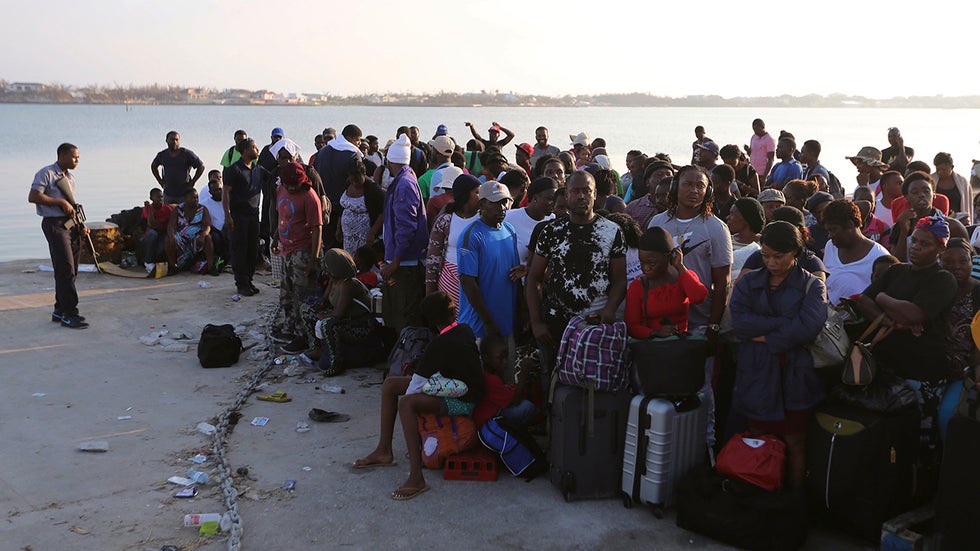 A line of people waits for evacuation to Nassau at the Port in Marsh Harbour on Abaco Island, on Saturday, September 7, 2019.
(AP Photo/Fernando Llano)

About 30 miles to the south, more than 200 people sweltered under a baking sun at the the Marsh Harbour International Airport, pleading to be taken to New Providence, which is home to the capital city of Nassau.

Hundreds more, many of them Haitian immigrants, waited at the port in hopes of leaving Abaco on vessels arriving with aid, the Associated Press reported. Bahamian security forces were organizing evacuations on a landing craft. Other boats, including yachts and other private craft, were also helping to evacuate people.

On Grand Bahama, where Dorian stalled and scoured the island for 36 hours, scores of residents lined up at the international airport for a chance at leaving on one of the private charter flights bringing in relief supplies, the Guardian reported.

Rescue teams are still trying to reach some communities isolated by floodwaters and debris. 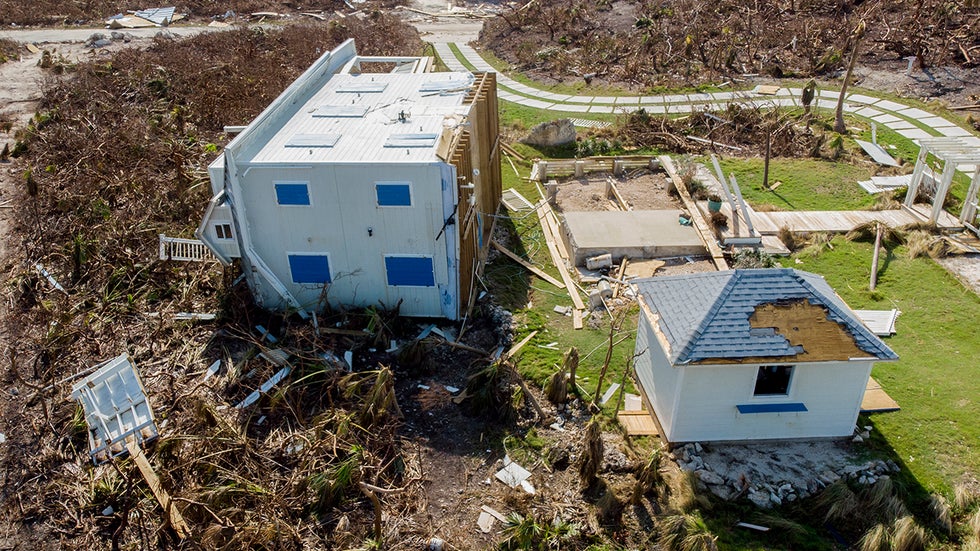 Government officials said more than 900 members of the Bahamian police and military are on Abaco and Grand Bahama islands to help with hurricane relief. The government also says 120 Jamaican security personnel arrived on Saturday evening and 100 troops from Trinidad and Tobago arrive Sunday as part of the aid effort.

The U.S. Coast Guard said as of Sunday morning it had rescued 308 people. Six MH-60 Jayhawk helicopters are carrying out search and rescue missions and providing logistical support, while five cutters are also helping, the Coast Guard said.

Help is beginning to make its way to people on the islands, some from giant aid organizations and some from individuals.

The U.S. Agency for International Development over the weekend announced $1 million in additional humanitarian assistance, bringing USAID's total funding to more than $2.8 million.

The United Nations said 8 tons of food supplies were to arrive by ship on Saturday. Herve Verhoosel, spokesman for the U.N. World Food Program, said about 14,700 ready-to-eat meals as well as logistical and telecommunications equipment were being delivered.

This first supply shipment of UNICEF humanitarian items was freighted by the International Federation of Red Cross and Red Crescent Societies (IFRC) and included more than 400,000 water purification tablets, several 5,000-liter tanks for at least 2,000 people and 1,000 jerry cans.

Samaritan's Purse, which is led by Franklin Graham, is erecting a 40-bed field hospital at Rand Memorial Hospital in Freeport. The hospital is expected to be operational by the end of the day on Monday.

The British Royal Navy, American Airlines, the Royal Caribbean and Disney cruise lines and other organizations have also contributed to the aid effort.

Nicholas Mastroianni and his father, Florida developer Nick Mastroianni, have rescued nearly 80 Bahamians and sent more than 7 tons of donated supplies by paying for cargo planes and jets to get people out through their family foundation, WPTV reported.