This article is no longer being updated. For the latest impacts, click here

Ocracoke, which appeared to suffer the worst effects of the storm, remained closed to all but emergency personnel and preauthorized deliveries.

Ferries were being used to get generators, fuel and drinking water to the residents who had refused to obey mandatory evacuation orders.

A few people with medical needs had been taken off the island, but Donnie Shumate, a spokesman for Hyde County, which includes Ocracoke, said most of the 800 residents who chose to ride out the storm remain.

Ferry service was restored from Swan Quarter first, and ferries were expected to run from Cedar Island beginning on Sunday, the News & Observer reported. Restoring service from Cape Hatteras will be more difficult because flooding from Dorian destroyed at least two large sections of N.C. Highway 12. 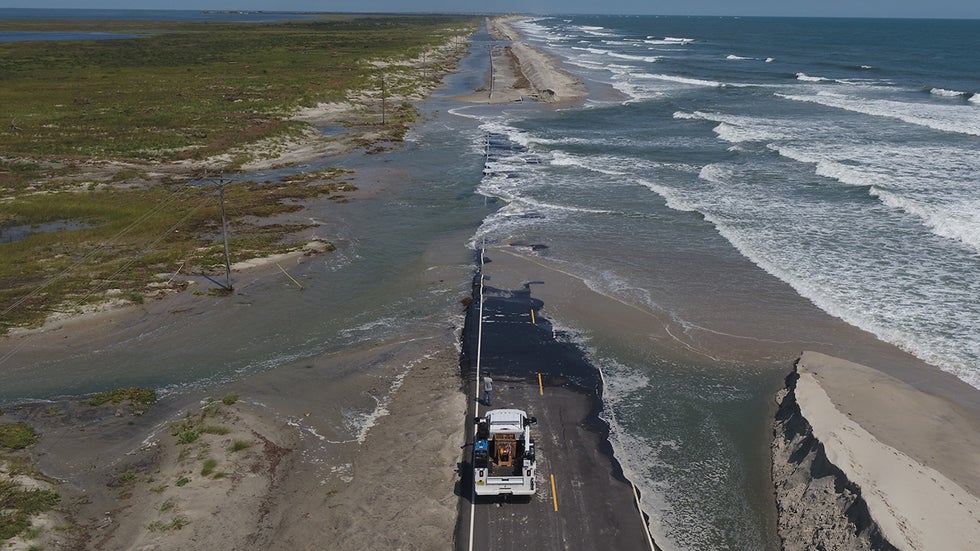 Parts of N.C. Highway 12 are washed out on Ocracoke on Saturday, September 7, 2019, after being slammed by Hurricane Dorian.
(North Carolina Department of Transportation Division of Aviation/Facebook)

In addition to Ocracoke Island (which relies on ferries to reach nearby islands), access to Hatteras Island “remains closed until further notice,” Dare County officials said Saturday. “This includes all areas south of Oregon Inlet including the villages of Rodanthe, Waves, Salvo, Avon, Buxton, Frisco, and Hatteras Village,” county officials said in a press release. 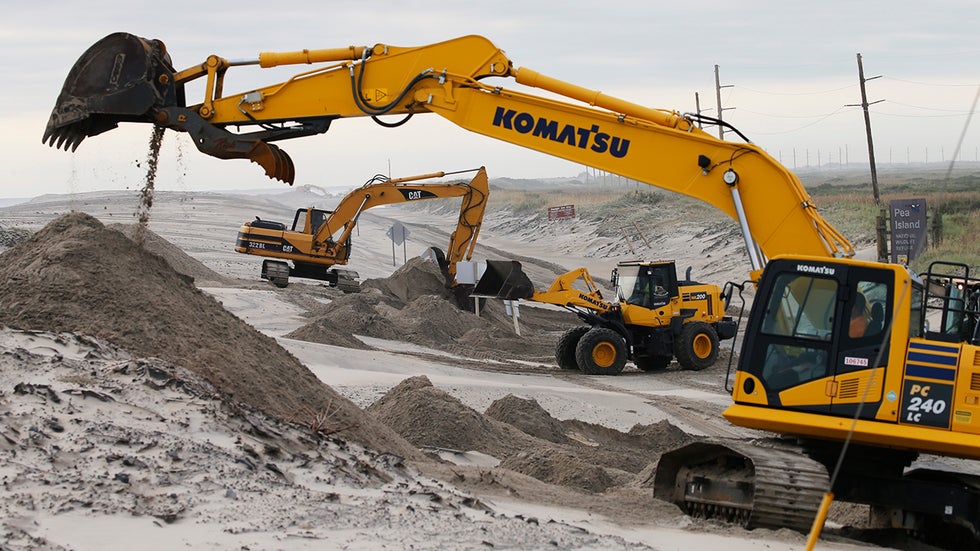 Power outages soared in North Carolina during the storm, and by Friday morning, more than 400,000 homes and businesses were without power in the Carolinas and Virginia, according to PowerOutage.us.

Tornadoes, wind damage, flooding and beach erosion were reported across North and South Carolina as Dorian made its trek northward Thursday and Friday. Roofs were ripped off buildings and several mobile homes were damaged.

Flooding was also reported in Virginia.