Here's What Causes These Stripes in the Sky at Sunset

Photos shared with The Weather Channel over the weekend showed stripes in the sky at sunset in different parts of the United States, leaving many wondering what they were seeing.

Facebook user Sherry Bradley shared the photo below on The Weather Channel Facebook page Saturday night, which showed a dark stripe emerging from behind the clouds in front of an orange sky at sunset between Newnan and Cedartown, Georgia. 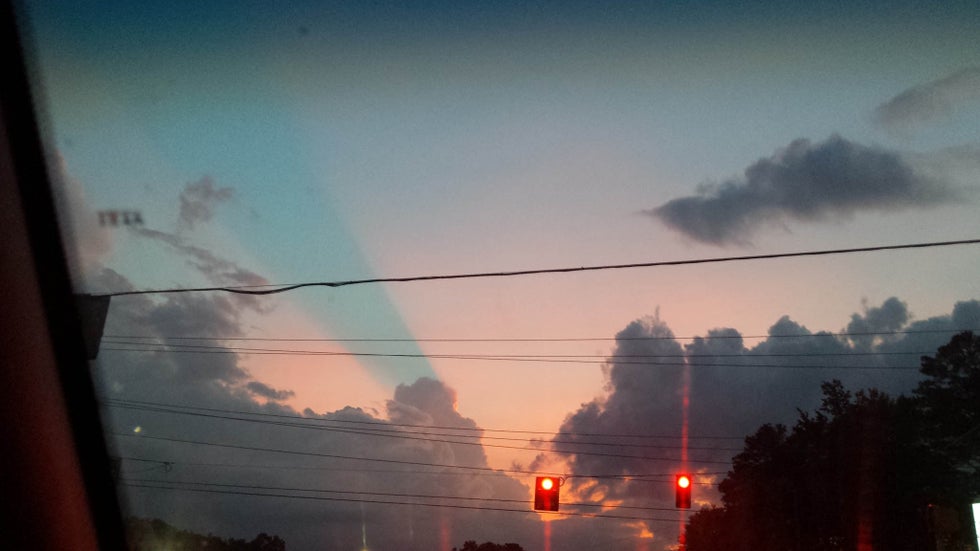 A stripe appears in the sky at sunset between Newnan and Cedartown, Georgia, Saturday night, Aug. 10, 2019.
(Facebook/‎Sherry Bradley)

What she saw were clouds blocking the trajectory of the sun's rays as the sun lowered in the sky toward the horizon near sunset. In other words, the clouds were casting a shadow in the sky, which is why the stripe appeared darker than the surrounding portion of the sky.

(MORE: El Niño Has Ended; Here's What That Means

This phenomenon is no different than a person standing in the path of the sun and producing a shadow with his or her body.

When the sun lowers in the sky as sunset approaches, the shadow a person casts on the ground grows longer, just like the long shadow that appeared in the sky Saturday night in Georgia.

A similar stripe in the sky was seen in Glendale, Arizona, Saturday night, and shared with The Weather Channel on Twitter by Diego Salcedo.

This stripe was formed in the same way as the one in Georgia, with clouds casting a shadow in the sky as the sun lowered toward the horizon near sunset.

We also saw a fantastic example of a stripe in the sky last summer in Charlotte, North Carolina, where a 32,000-foot thunderstorm was responsible for taking a slice of the sky away.