Rare Lightning Strikes Detected Near the North Pole on Saturday

Several lightning strikes were detected near the North Pole on Saturday, something rarely seen in that region of the Arctic Ocean.

The lightning flashes were recorded within 300 miles of the North Pole, at 85 degrees north latitude, between 4 p.m. and 6 p.m. AKDT, according to the National Weather Service in Fairbanks, Alaska. That's about 700 miles north of the Lena River Delta in Siberia.

This was a rare event and one of the most northerly lightning strikes in the memories of Alaskan forecasters, the NWS said. 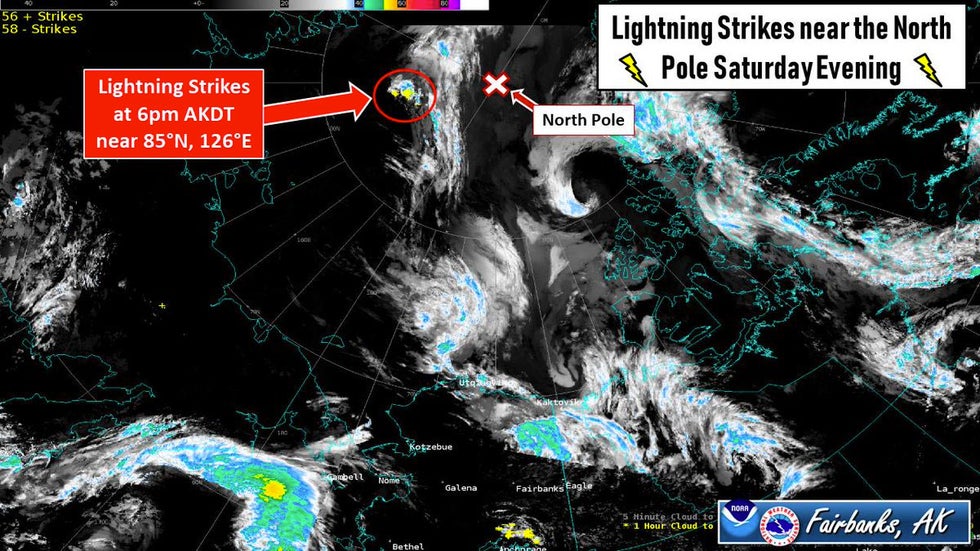 Lightning does occur each summer north of the Arctic Circle (66.6 degrees north latitude), including occasionally over southern portions of the Arctic Ocean.

It's uncertain how many lightning strikes in history have occurred as far north as Saturday's event, but based on the worldwide lightning climatology map shown below, they are hardly seen in that region of the Arctic. 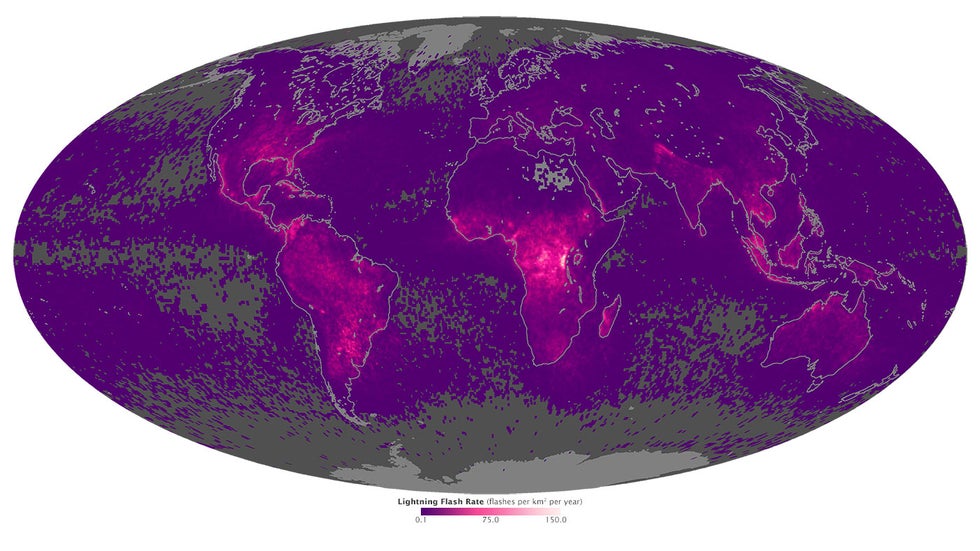 Average annual lightning flashes per square kilometer around the world (1995-2013). Gray and purple indicate locations with the fewest flashes per year, and bright pink depicts locations that see the most lightning.
(NASA)

Most lightning around the world occurs from the equator into the middle latitudes, as depicted in pink above. This is a region of the world where the warm and unstable conditions needed to form thunderstorms are most often found.

Saturday's lightning strikes near the North Pole were most likely from elevated thunderstorms, which develop when there is a layer of unstable air in the middle portion of the atmosphere. That's in contrast to how most thunderstorms in the middle latitudes form in summer, with the sun's heating of the Earth's surface making the atmosphere grow unstable at lower altitudes.