Severe Thunderstorms and More Heavy Rain Will Persist in Parts of Plains, Midwest and East

Severe thunderstorms will flare up once again Thursday in parts of the Northeast while flooding rain remains the prime concern in parts of the central Plains and Ozarks.

A band of thunderstorms is currently pushing through the interior Northeast with damaging winds and large hail potential. 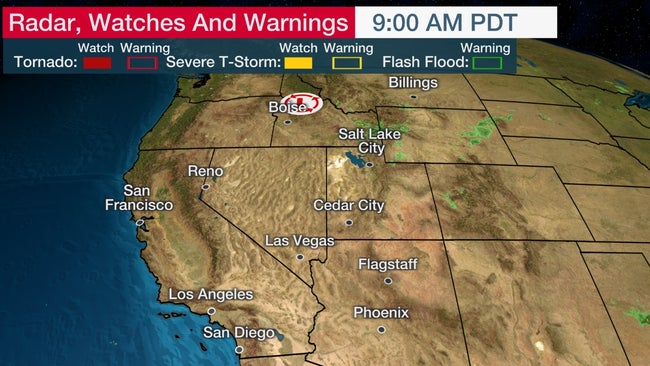 Scattered severe thunderstorms are expected to flare up Thursday evening in the interior Northeast from Vermont to parts of the middle Appalachians.

Damaging thunderstorm winds, hail, and heavy rain are the main threats with these storms. 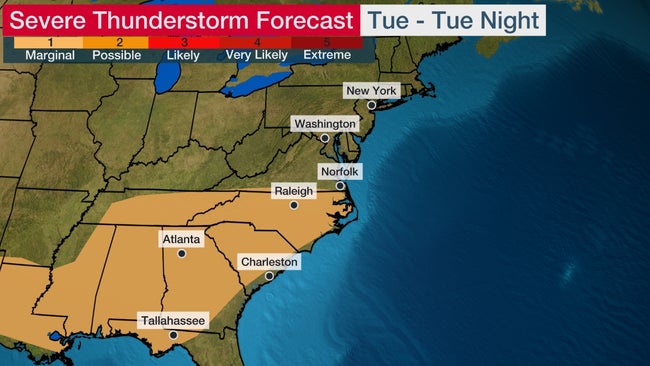 Periods of locally heavy rain will continue through Friday night in parts of the Plains and Ozarks.

An area from northern Kansas to the Ozarks is expected to receive another 1 to 3 inches of rainfall, with locally higher amounts likely.

Heavy rain prompted flooding last week in portions of eastern Kansas, where several spots picked up more than 8 inches and a couple of areas saw more than 10 inches of rainfall. This area of the central U.S. is experiencing one of the wettest years on record, and the ground remains saturated in many locations.

As a result, much of this area could see flash flooding with less than 4 inches of rainfall in six hours.

Eighteen homes were evacuated along Pantreading Creek in the Philly suburb of Ardmore. Flooding was reported on stretches of Interstates 76 and 476, and at least 11 water rescues were performed in the Philly metro area Wednesday.

In northern New Jersey, cars were stranded by flooding on Raymond Avenue near Newark-Liberty Airport Wednesday. Rescues from stranded vehicles were performed in Avenel and Tewksbury Township.

Over 200 reports of severe weather were received by National Weather Service offices from Wednesday's severe thunderstorms, primarily in the Northeast and western Great Lakes. 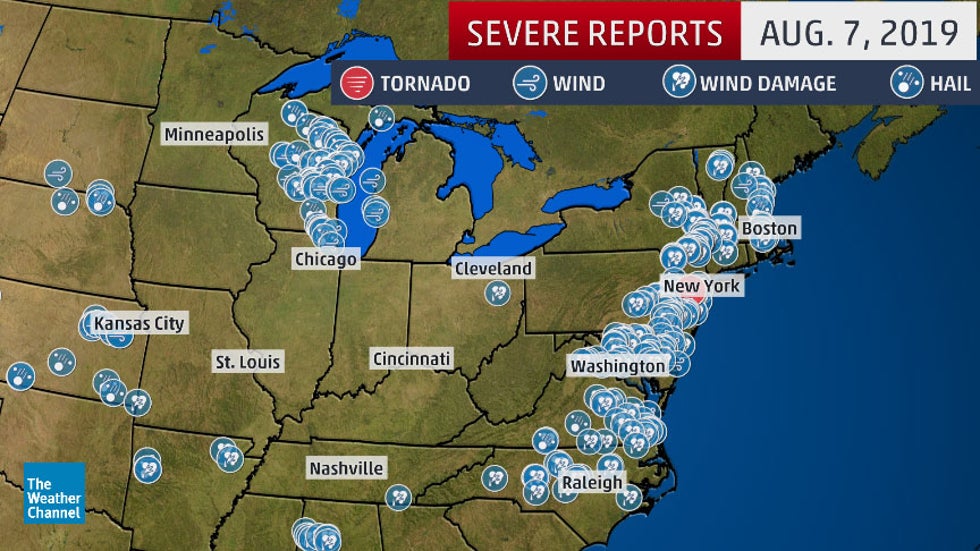 A wind gust up to 87 mph was measured at the Grand Island Airport in Nebraska early Wednesday and widespread tree damage and power outages were reported. Buildings were damaged in Glenvil, Nebraska, where winds were estimated to be about 80 mph.

A lumber yard was destroyed and buildings, including a school were damaged in Burke, South Dakota, overnight into early Wednesday. A National Weather Service damage survey found EF1 tornado damage

In northern Kansas, numerous roads were flooded and vehicles stalled Thursday morning in Salina, about 80 miles north-northwest of Wichita, where 6 inches of rain was recorded.

Numerous roads were flooded in the city of Goodland after midnight, some with knee-deep water. Road flooding was also reported in the towns of Brewster, Hill City and Rexford early Thursday.

In southeast Kansas, rising water prompted a rescue from a home near Cherryvale, about 100 miles east-southeast of Wichita, Thursday morning. Roads were also reported flooded in parts of Allen, Labette and Wilson Counties.